When Generals Lemmer, Grobler and Olivier retreated from the Cape Colony and the Colesberg district with their men, they damaged the railway bridges across the Orange River. When Bloemfontein fell to the English, the British were dependent on the bridges for supplies and feed for their horses. Therefore, at the end of March 1900, the English started repairing the bridges across the Orange River, among them the bridge at Norvalspont and Bethulie. The wagon-bridge at Bethulie was too weak to carry full-laden trains, thus the only other crossing-point was a pont-bridge built by the army, at Norvalspont. Soldiers were stationed in the koppies nearby to guard the bridges. 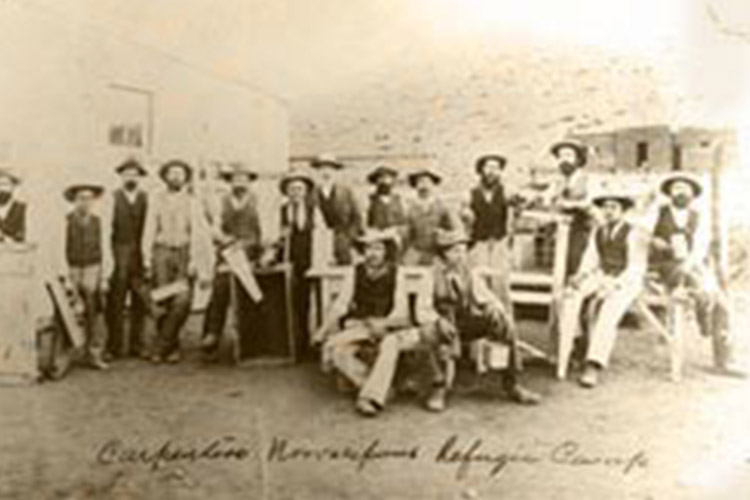 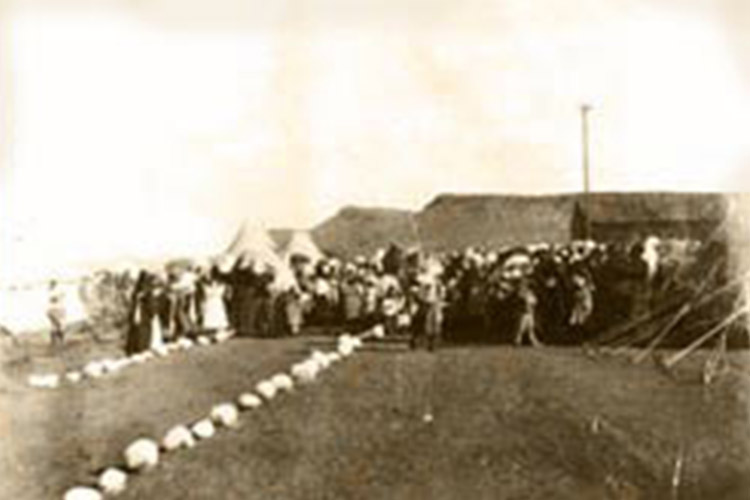 When Pretoria fell to the English, they were certain the war was over. Meanwhile Pres. Kruger left the country because he was getting too old to survive as a renegade. President Steyn was under the protection of the legendary General Christiaan de Wet, and even the building of Block-houses and the full attention of the British forces could not corner the President’s company. The Boers continued with Guerilla warfare, the never enders received enough food and clothing from farms worked by women, children and loyal black workers. In August of 1900, the British forces started destroying farmhouses and all means of life. Women and children were left in the veldt without shelter or food. The next step was to place women, children and old men in camps. Many were taken to these camps against their will.

These concentration camps were always established near British army bases, to be guarded by the soldiers. Three women-camps were situated on the southern banks of the Orange River, among them the camp at Norvalspont.

On 25 February 1901 Lieutenant S. Cole-Bowen was appointed as Superintendent of Norvalspont, and took over the command from Captain Du Plat Taylor of the Grenadier Guards. Concentration camps were no longer under the management of the army, but under civil management. The camp at Norvalspont was already in existence since October 1900. After Lt. Bowen was promoted, Mr. Hemans was appointed as Superintendent.

The women-camp at Norvalspont was described by Emily Hobhouse as the best women-camp, but even here people died due to of the unnatural circumstances in which they had to live. Mr. Bowen tried to make every family as comfortable as possible, but the flood of people made it impossible to provide to every person’s need.

The camp at Norvalspont was situated partly on the farm of Mr. James Norval on the southern bank, near enough for people to gather firewood on the riverbank. When the wood in the area became scarce, coal was supplied. Water from a fountain was fed into tanks which were filled regularly, and supplied clean, fresh water. Washing was done in the river. A school was opened in the camp, and accommodated 500 children by the end of July 1901, with Mr. Erasmus as Headmaster and 10 assistants.

Everything was painfully neat. Mr. Bowen supplied cutlery and a mattress with bedding to every person in the camp. Every tent received a table, and men were appointed to create pots and pans from tins. At first vegetables, fruit, enough fresh meat, fresh milk, jam and candles were supplied to the people, but the sheer number of people became so overwhelming that as from January 1901 rations were reduced so that only meat and flour was provided. 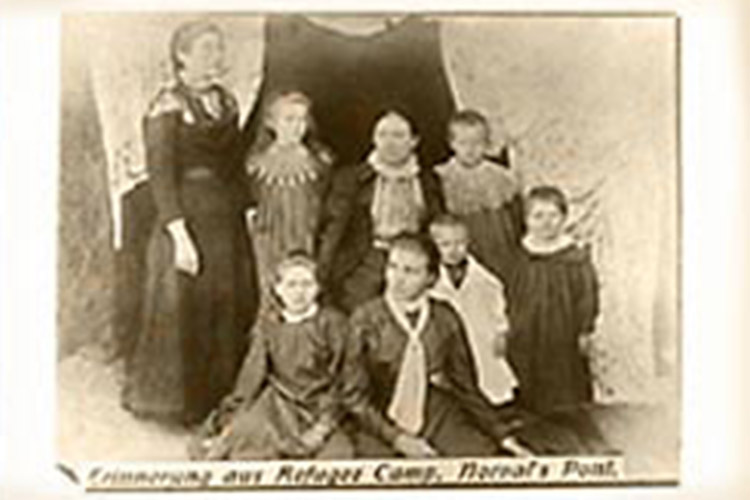 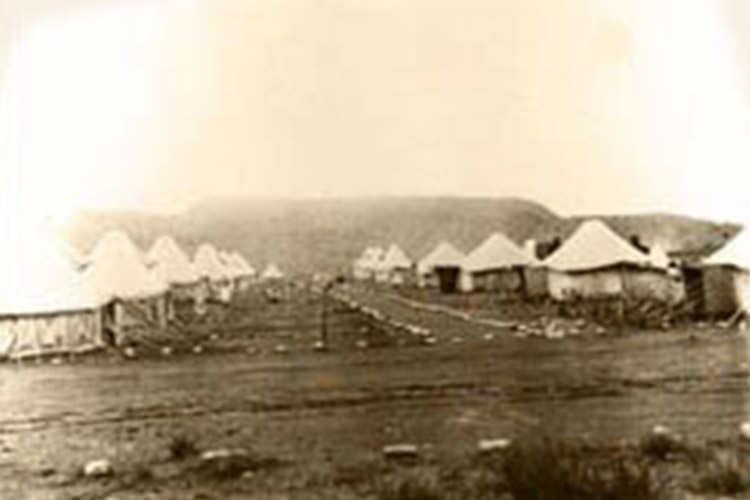 Shops in the camp had groceries, fruit and vegetables to offer for sale. People who rendered services in the camp were residents who swore to an oath of allegiance and neutrality, but many women had no husbands to work, and had no income to add anything to their rations of porridge and meat. Later fruit and vegetable gardens were planted to provide to the residents’ needs. A soup kitchen was established to supply a cup of soup daily to every child in the camp

A shoe shop saw to it that every resident had a pair of shoes in good order. Clothes were handed out to those who arrived at the camp without any.

Dr. Michie, an army doctor, stayed on at the camp as Head Medical Officer. In the beginning of August 1901, the second hospital was built. Each hospital had its own Medical Officer and personnel. When the general health of the camp improved, the two hospitals were amalgamated. Miss Broers was one of two nurses sent from Holland to South Africa. Due to her competence the hospital was managed trough a measles epidemic. Training was provided to nurses, all of who were residents of the camp. The measles epidemic caused the most deaths, and was associated with lung diseases caused by sleeping on the cold, damp ground.

Emily Hobhouse wrote in her report on the camp that, even though she slept in a marquee tent with a double layer of canvas, her bedding was always soaking wet in the morning from the dew.
During the day the temperature rose to 104° Fahrenheit, and she mentioned that in the clock-tents the temperature rose to between 108 and 110° Fahrenheit. She also wrote that the doctor could not use his thermometer, because the mercury did not drop.

The tents in the camp were placed in straight lines, with streets and roads marked with stones painted white. As in all the other camps, clock-tents were used similar to those used for soldier accommodation. According to custom, 15 people had to be housed per tent, as was the rule for troops. There were fourteen big marquee tents that housed between eleven and fourteen persons, which included one or two families. A few buildings were erected from raw bricks made in the camp. Here at Norvalspont we find that at first only five people to a tent were permitted, but later it was necessary to pack as many people as possible in a tent, sometimes as many as fifteen.

Ds. vd Merwe performed daily sermons on the hill, where a large rock did service as a pulpit. The church-goers sat on rocks on the slopes of the hill.

In June 1901 there were 500 black people in a black concentration camp under management of the Superintendent of the white camp. In February 1901 there were 400 prisoners of war, sent from Green Point after taking the oath. Many prisoners on parole escaped from the different camps, and rejoined the civil forces.

Website information is subject to change without prior notice.
Please contact Waschbank River Lodege to confirm any information on this site.
Created by: snap@berendphotography.com